A Phone Call from Pat Conroy 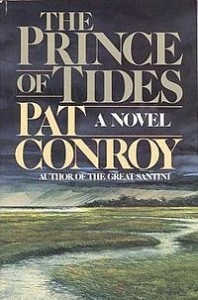 I read The Prince of Tides for the first time when I was 10 years old. (Probably, this was too young, but there you have it.) I took the book from my parents’ study one summer day when the house was silent. I remember distinctly having to hoist myself up onto the bottom level of the built-in bookshelves—just like launching myself out of the Botany Woods pool minus the ladder, a skill perfected by all us neighborhood kids—standing with my toes poised, my heels hanging over the edge. I stretched, reaching into the family stacks until I found it. I can still feel the worn edge of the binding, the multiple old creases there. This was a book that had been read often by my parents. It was beloved.

As thorough as my education had been thus far, Lake Forest Elementary had not prepared me for the magic and mystery of Pat Conroy’s storytelling. Though by then I was an avid reader, nothing I’d read was so viscerally familiar as the spellbinding way in which he talked about my home state, South Carolina. Nothing I’d read had affected me so deeply. It sank into my bones, became part of my DNA. Part of family’s DNA, really, as we all—my father, mother, sister, and I—fell in love with his writing. Pat Conroy: literary patron saint of the Crawford family.

So when my first novel was sold to a small press, and all the cogs began turning in the creaky wheel towards publication, suddenly I had to find authors from whom I’d hope to gain endorsement. I could think of no one, at first, but Conroy.

It didn’t matter that my novel was historical, set about 200 years before most of his. Or that I was a writerly nobody. Or that in my mind he was so big, so popular, he probably received requests like these every day. I decided that, since this was the one and only time in my life I’d have a first novel being published, I’d shoot for the moon.

I wrote him a letter, via his literary agent, asking him if he’d be so kind as to read an advance review copy of my novel, Keowee Valley, and if he liked it, to perhaps offer a quote (also known as a “blurb”: basically, an endorsement). Most of the letter was heartfelt, genuine, thoroughly shameless fawning. It’s an odd thing, as a 30-something, to write a fan letter. But the man is my favorite living writer, and I knew no other thing to do than to tell the truth.

About a month later, I’d forgotten about it. (After mailing the letter I’d determined to put it out of my head. I figured he probably got a stack of fan mail each week—he’d likely never see mine.) Then, one afternoon after ignoring my cell phone all day like I tend to do, I noticed I’d five messages. My husband was giving our two year-old a bath; I could hear them giggling and splashing. Standing at my desk, I began listening to my messages. 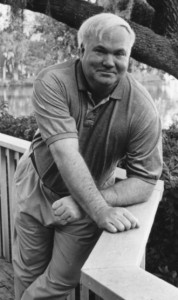 There he was. Pat Conroy. His voice boomed out of my cell phone, gruff but with a smile in it. At first, I thought, My sister is playing a very mean trick on me. I’m going to kill her. But as he continued, referencing the letter and his own response to it, I knew it to be true. I walked numbly towards the bathroom, calling for my husband. When he emerged with towel in hand, looking at me inquisitively, I had a hard time speaking.

There are plenty of people out there who really won’t get how big this is. Not many folks these days go gaga over writers. My husband has known me for quite some time, and so knew how I felt about Conroy’s writing. But still, I tried to explain it to him thus:

“It’s like Bono leaving you a message on your cell phone,” I told him.

My husband went to college in Athens, Georgia, in the late ’80s. He saw U2 at the Omni in Atlanta during their Joshua Tree tour, and he’s taken me to two U2 concerts since we’ve been married. He loves those guys. He particularly adores The Edge. Perhaps I should’ve named him.

So, I sent an ARC of Keowee Valley to the address Conroy left for me, along with an effusive note of thanks. Then I waited.

I pretended like I wasn’t waiting. I told only my family that he’d left me the message. (They, of course, sent up a plane with a banner.) I told everyone I doubted he’d even remember, or that if he decided he couldn’t offer a blurb, I wouldn’t care. It was enough that he’d liked my letter—that he’d left a message on my cell phone.

I wanted, more than anything, for the man to like my novel, for him to see something worthy in my writing. Of course I did.

Long story short: He liked it. He really did. And he offered a blurb I’ll treasure always.

Too often when we get a chance to meet or interact with our idols, we’re disappointed. They’re not the gods we liken them to; certainly, they’re not perfect. Sometimes, they can even be rude. Twice I’ve met other writers I’d admired, and had them brush me off. One, during a panel at a book festival several years ago, even told a snarky joke at my expense in response to a question I’d asked. (No, I’m not telling you who they are.) Maybe, she’d had a bad night. But I haven’t bought a book of hers since—not because I’m vindictive, but because I no longer see her, or her writing, in the same light.

Not so with gentleman Conroy. He took the time to call me, to leave a long, detailed, and unfailingly kind message. Who does that sort of thing anymore?

Apparently, the great ones do.

This has been a long, rough, exhausting journey to the publication of my first novel. Nothing about it has been what I’d expected. There have been dark moments when I wondered if the whole deal wouldn’t fall apart, when I doubted myself and my work. I still do.

But the light moments, like Conroy calling me and ultimately offering such praise for my work? Like the other incredibly gifted and generous writers offering kind words for this first-time author, a person they’d never met? They have been the gold glow of lightning bugs in the summer night.

6 Responses to A Phone Call from Pat Conroy