Editing a Novel: The Forest for the Trees

“When you write a book, you spend day after day scanning and identifying the trees. When you’re done, you have to step back and look at the forest.”
~ Stephen King, from On Writing

Throughout the month of March, my editor at Bell Bridge Books and I have been deep in the editing process with KEOWEE VALLEY. This has been a month of late nights and early mornings, of less exercise and more time at the desk, of red-rimmed eyes and deeper wrinkles. I wouldn’t change it for a thing.

William Faulkner, notorious drinking writer that he was, once said that when he was writing, he “always kept [his] whiskey within reach.” I can relate to this. If not for the toddler, husband, dog, house, and job, I’d likely spike my coffee in the morn and partake heavily of the vino at night. But my drug of choice, especially during the editing process, is straight-up coffee. 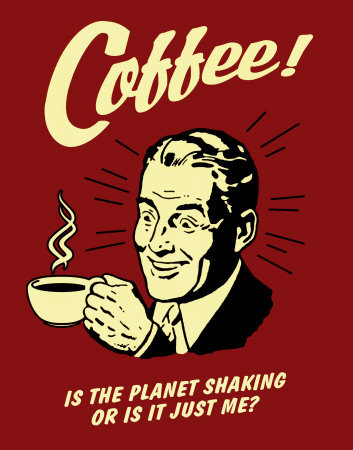 The first time I drank coffee was finals week my freshman year at Clemson University. My dorm-mates and I had plugged in a coffee pot in the study room on our hall and had a friend wedge a chair under the door knob outside, to lock us in. I had a lot of excess energy in those days, and I’m pretty sure I remember my friends beating on the door, begging the girls outside to get me out of there after I’d had a few cups. I’m pretty sure there were random push-ups, jogging-in-place, and the singing of “The Star Spangled Banner” involved. I’m sorry, college friends. So very sorry.

Now that the editing process is (basically) over on my novel, I can say I know without a shadow of doubt that there are two things every author needs after her novel’s been bought:

1. Coffee. Lots of it. Perhaps entering through an I.V.
2. A great editor.

Luckily, I have both of these. Not the I.V. of course. That would be icky.

College, now that we’ve broached the subject, was the first time I ever dreamed about what it’d be like to work with an editor. I’d been writing novels and novellas (mostly in spiral notebooks under my desk in science classes) since I was 11 years old, but until I became an English major and began having real discussions about my writing with my professors, I’d never considered the nuts-and-bolts realities of writing as a career.

Up to now, oddly enough, despite the fact I’ve published work in newspapers, magazines and literary journals, and have been lucky enough to win some awards, I’d never really had my writing edited. Unless you consider the copyeditors at the newspaper where I worked right out of college standing over my desk late on Sunday nights, frowning down at me. The conversation usually went like this:

Them: “Uh, Katie. You can’t use this word. It has three syllables.”

Me: “Shouldn’t we elevate the standards of our readership? You know, write to our readers’ best selves?”

Joking aside (though that was no-lie, real conversation I had several times as a 23 year-old reporter), they still didn’t really edit my writing much. No one ever did.

Until my novel. My baby. My sweet little 450+ page darling.

I thought it’d be harder, I really did. Family members used to joke with me over the holidays when my writing career was in its youthful beginnings (everyone knew I wanted to write books): “How are you going to feel about being edited?” they’d ask, as if I wouldn’t be able to take it.

The truth is, when it came time–finally–for my first novel to be edited, I was more than ready. I relished the process. Because good editors, great editors, make your work better. And if you’ve an editor like mine, who actually takes the time to explain the choices/changes because she remembers what it was like to be a first-time author, you learn infinitely. And you get better.

I like the King quote at the top of this post because 1) I’m in the forest a lot, and 2) I now know what he means… in a way I wouldn’t have years ago.

Because I’ve been writing an historical novel, I get lost–happily–in research. I like knowing what tree grew where along the Cherokee Path that my protagonist takes into the wild backcountry, like learning about the deadly sandbars her ship would have to pass at the mouth of Charleston Harbor, love discovering that there were black wolves, panthers and elk, and even bison roaming the South Carolina Upcountry in the 1700s. This sort of stuff is my literary crackrock.

I’m also a fan of words. Big, beautiful words that some folks may have to look up. (Can you see my old copyeditor frowning? She wore a permanent scowl when it came to me. Also a uni-brow.) My editor showed me that there’s a place and time for these words. That sometimes, readers don’t want to look things up; that sometimes, these types of words distract from the flow of action, eject the reader from the story like a big, fat stone in a medieval catapult. And no writer wants to catapult her reader over the moat. Especially me. I want them to keep reading.

This is only one example of the many ways I’m learning about popular/commercial fiction versus literary fiction, about how to make a story better. About how to respect my readers. I’ve got a heckuva lot to learn. And I’ve had a great editor guiding me. (Thank you, writing gods. The sacrifice will be left by the back door.)

There’s much more work to be done on KEOWEE VALLEY before it’s published in September. And I’ll keep y’all posted. But for now, it’s back to my coffee and my next novel. Where, hopefully, I’ll have learned enough to consider the whole darn forest.

This entry was posted in Uncategorized. Bookmark the permalink.
Cancel Reply