How are we honoring the memories of those lost on September 11th, 2001? 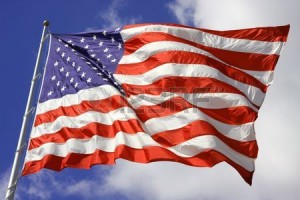 Early this morning in my kitchen, I stood over the makings of a peanut butter and jelly sandwich for my older daughter’s lunch, strawberry jelly dripping from my knife, and took a deep breath. My God, how much more American can you get than a mom making a peanut butter and jelly sandwich? I turned to my children at the breakfast table and said, “Today is September 11th. What do y’all know about today?”

It had occurred to me, suddenly, I don’t think I’ve ever talked with them about September 11, 2001. Or if I had, it had been so long ago my 10 year-old might not remember. I don’t think I’ve ever talked about it with my 6 year-old. Inside me, my motherly instincts were at war: my 10 year-old is sensitive. If I told her too much, she wouldn’t sleep tonight. They are both so innocent–innocent in their joy, innocent in their acceptance of their world as solid and good. What right did I have to make a tear in that certainty?

When my daughters replied that they didn’t know anything about today, I said, “Well. Today is Patriot’s Day. We call it Patriot’s Day because a long time ago” (18 years is long to a kid, right?) “our country was attacked, and many people in New York City, Washington, D.C. and Pennsylvania were killed. So we honor them on this day, because whether they knew it or not, they gave their lives for our country.”

And that was it. Fairly pitiful, I admit. And certainly not the first time I’ve failed as a mother to explain hard stuff. But I wanted them to know. I didn’t want them to be at school and hear something without feeling informed. I felt it was important I at least try.

They both said, “Okay,” and turned back to their breakfasts.

It has been 18 years, and still my eyes well, still my throat closes and a wash of breathlessness moves through my body on September 11th. The feeling, in 2001, when I was 23 years-old, was a combination of utter disbelief coupled with a burgeoning fear. Now, at 41, the disbelief is quite gone. I know it was real: know the lives lost, my country changed forever and all of us with it. Now I am sad, and worried, and hopeful, all at the same time.

I know I’m far from the only American feeling this way today. I was not yet a mother in 2001, so I could not know, then, what those mothers and fathers felt on that day. The sheer enormity of their loss. The gaping holes left in their families and in the earth. In 2001, I spent hours that morning tracking down my parents and my sister on the phone. I imagined what it would have been like to lose them. I wondered what would come next: what rip in the fabric of a life and a country I’d thought had been superhero strong would be made without warning? When and where?

Over the course of the many September Elevenths since 2001–and especially the last few–I consider more how we are honoring, or how we have failed to honor, those Americans lost. I don’t mean honor by raising flags, and saying names, and posting tributes, though those efforts are ever so important and real. What I mean is: how have we existed, in the world, as Americans? As citizens of the United States? How have we gotten better, grown stronger in mind and heart, and at good work in the world? How have we extended the infinite and incalculable promise of the American experiment?

How have we worked to make all people, inside and beyond our borders, more free?

At their most basic level, the terrorist attacks of September 11th were a response to American freedom. But this notion of what it is to be free is as complicated and simple, as multi-colored as the American face. It does–or should–exceed religion, creed, race, gender, class. It is pluralistic. If it works, it is as the dispersion of light through a prism. It is what we have striven for in the United States, for better or worse, for more than 243 years.

I am easily overwhelmed by the weight of this responsibility to those killed on September 11, 2001. I fail more than I succeed, and especially in the past few years, I feel that my country and my government is largely failing those who died that day. We have, on so many levels, became base and bitter. Far too many of us have become short-sighted and mean.

I don’t know if it’s the right thing to do, but here’s what I’m doing. I’m parenting my kids the best way I know how. I’m trying–dear God, I am trying–to teach them the things I know to be American: to be open, kind, loving, hard-working, and big-dreaming. To feel that anything and everything is possible, as long as they walk and work with love in the world. This is how I felt as a child. How I felt before September 11, 2001–ideas I cling to in desperation and in hope.

But I also take a look in the mirror on September 11th. I force myself to admit my own part in the degradation of the American dream. How I may have become close-minded to those who think and believe differently than I do. How my empathy and my sympathy has at times hardened, crusting over my compassion. How I let weariness with the world stifle my innate desire to be as open, as good, as kind as I was made to be. How I let the dangerous myth of “it doesn’t matter what I say and do, or how I vote or feel” blunt my infinite promise as a human being.

If we want to honor this day and the people we lost, we take a long, hard look in the mirrors in our own homes, and in the mirror of our country. We own our actions, our speech, our missteps, our human tendencies to turn tribal, to doubt. We OWN it. And then we kiss our babies, open our doors, and walk out into a world it is our sacred duty to make better.