All the Hoopla about “Go Set a Watchman” 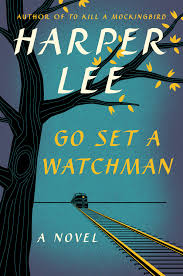 There’s been quite a bit of hoopla surrounding the release of Harper Lee’s newly discovered first novel, Go Set a Watchman.

Folks are up in arms about how she has her characters talk about race, women, drinking–and the fact that ol’ Atticus Finch maybe isn’t as God-like as we want him to be.

I haven’t read Go Set a Watchman yet, so I don’t yet have an opinion on that aspect of the publication. But I do know that writing your first novel, especially when you’re young, ain’t easy. And as you age, as a writer and in real time, you learn things and you change. I’ll read it, for sure, in several months, after all the hoopla dies down a bit.

My writer-friend Kimberly Brock has some insightful and smart stuff to say about Ms. Lee, Atticus, Scout, and all the hoopla:

One Response to All the Hoopla about “Go Set a Watchman”