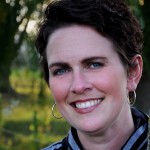 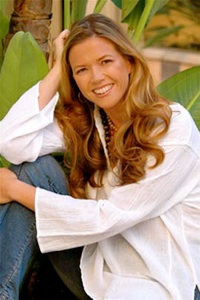 Y’all ever take a long trip on a Greyhound bus? Perhaps in middle or high school, where you went to some exotic (to your teenaged self) new place? Growing up in South Carolina, we headed to Charleston and all its requisite plantations and haunting slave quarters, to soak up Gullah history, culture, maritime life and more. When I was a high schooler, my theatre troupe traveled from Greenville, South Carolina to Orlando, Florida, where we got to go “behind the scenes” at Disney World.

What I remember most from those trips? The bus ride. Twenty some-odd students, plus teachers and chaperones, packed into what was basically a madhouse on wheels. Back then, everybody had a walkman or CD player turned up at eardrum-bursting volume, things went on in the back of the bus the mama in me cringes now to remember, and woe to the poor kid who got stuck next to the bathroom.

Today, I’m riding a better bus. One with luxurious plush seats that fully recline, hot coffee and tea served any time you like it, and instead of overhead luggage compartments, it’s filled with a library’s worth of great books. Filling those seats are authors and writers of every ilk, and we’re all ready to talk.

It’s a virtual bus tour of writers, and this is my stop. Kali Van Baale, author of The Space Between (River City Publishing, 2006) and graduate of the Vermont College of Fine Arts MFA in Writing program, invited me along. Kali’s a college writing and literature teacher, author, and mama to three children. Plus, if you met her you’d see doesn’t look a day over 27. She’s a bad mamma jamma. I met her in Montpelier, under a bunch of big trees out in front of the VCFA quad. There were a bunch of us sitting there, watching a poets versus prose writers softball game. Kali tossed out a couple of dry, hilarious observations, and I liked her on the spot. She’s totally the cool girl on the bus—the one who’d shrug and look at you like you’re nuts if you told her this. But that makes her even cooler.

So, since it is my stop, let me hop off for a second and tell you about myself.

What am I working on?

Like lots of writers—admittedly, we’re all a little nutty—I don’t like to share too many details about what I’m working on. I worry it’s bad juju. That the magic that has to be present for a story to shine will scitter off into the dark when I shine the flashlight its way.

That being said, I can say this: I’m working on another historical novel. (My first, Keowee Valley, was published by a small press in 2012.) It’s set in the span of the year 1860, just before the first shots of the Civil War are fired, in both Charleston, South Carolina and at Mount Holyoke College, in Massachusetts. The central character is the descendant of some of my characters from Keowee Valley. She’s a lot of things, including a sort of Southern Jo March (a la Little Women). She’s also a seer and a secret-keeper.

This is the novel I’ve worked on since I began the MFA in Writing program at the Vermont College of Fine Arts back in Winter 2011. I’ll graduate with my MFA in Writing in fiction on July 5.

I’m still finding my way through the story. For me, it’s a bit like walking a ridgeline in the Southern Appalachians on a crisp winter night: leaves crunch underfoot of some big animal, the trees bare their black-lace branches against the sky, and there’s just enough starlight to see the trail.

I’m also a newspaper columnist. Each week I write a parenting/outdoor life column for The Greenville News in Greenville, South Carolina. I generally link to them here.

How does my work differ from others of its genre?

I’m a genre-crosser. I leap genre lines in a single bound. Wearing a Wonder Woman costume.

Seriously, though: my writing, whether it’s novels, essays or newspaper articles, doesn’t just dip a toe into several different genres at once—it tends to dive right in. I honestly know of no other way to write and create. Part of this is because of my adventurer’s soul: I’m fascinated with so many things about the world, I enjoy so many different types of literature, that I’d like to travel to the ends of the Earth and read it all before my time is through. My husband likes to joke that I’m such a travel junkie, if someone gave me a plane ticket to Siberia I’d go. He’s right.

My favorite novels aren’t bound by genre rules. They tend to incorporate a bit of everything. My first novel, Keowee Valley, has elements of historical, romance, adventure, commercial, literary, frontier and wilderness fiction, but doesn’t toe the line on any. Labels serve their purpose, certainly, but I’d much rather buck the norm and smile doing it.

Why do I write what I do?

I’ve been a history nut since I was a kid. I’m fascinated with the past, but not in a knights-in-shining-armor kind of way: I think that history is cyclical, and binding, and that we ignore it at our peril. Mostly, it’s a helluva lot of fun to write about.

I also write family stories; stories that reflect how  our family histories are inevitably and irrevocably tied to the land.

How does my writing process work?

I used to have a process. It was a beautiful thing: I’d wake up, and on the days I didn’t teach (I teach college English courses) I’d go for a run, return, brew a fat pot of coffee while my laptop was booting up, and then write for hours.

After my oldest daughter was born (she’s now four), I would wake up around 5 a.m. and try to get at least an hour and a half of writing in before she woke up. That didn’t last long–she’d hear me and wake up, which defeated the ever-lovin’ purpose. Now I also have a 13 month-old, so not much writing gets done in the wee hours. Lately I’ve been retreating to the office at the College where I teach to write there.

Generally, a scene forms in my mind. Nothing but a moment, a place, a place in time, a person, a flash of color, some bit of dialogue. And I go from there.

My writing process has changed in innumerable ways since I had children. I expect it’ll change even more as they (and I) grow.

The bus stops next with the wry and brilliant Amy Wallen, author of MoonPies and Movie Stars (Viking, 2006). Amy is a baker (of savory pies), a fellow graduate of the Vermont College of Fine Arts MFA in Writing program, a teacher (she teaches at the New York State Writers Institute, and hosts literary salons at her home in San Diego), and an incredible writer. She’s currently at work on her memoir–she’s led an amazing life on several continents–and when it finds a home it’s going to sell like hot cakes.

Visit Amy at her author website here. To read about her writing process, and to visit Amy on the next stop of the bus tour, go here.