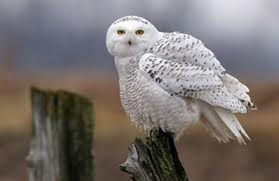 Sometimes, magic happens when you least expect it.

It’s easy to miss, in our every day lives, our eyes so used to unnatural light, trained to the tiny things, to the rectangles of our iPhones and our computer screens.

I don’t know about you, but I hunger for the magical. For the mystic. Especially this time of year.

It’s easy to miss. Magic is fleeting, capricious, and will-o-the-wisp. It’s stepping out of your car, child in arms, on a cold, black winter night, and looking up to see stars like pinpricks of lantern light against the pitch. It’s the flash of a genuine smile from a stranger on a busy city street, the warm weight of your dog resting her gray muzzle on your thigh; it’s baby’s breath, sweet with milk, in the crook of your neck.

Magical omens, I believe, take on a bit more drama. An omen in the natural world requires that we open our eyes wider, that we blink back the doubt, rub the cynicism from our sleep-crusted eyelashes. Omens require that we really see, and then seeing, that we believe.

Over the weekend, there was a Great Snowy Owl in my North Carolina mountain town. A man in my Sunday School class told me about it: he’d been driving out in the country, along farm fields and fertile river bottomland, when he came upon several cars parked on the side of the road and a group of people standing outside them, their giant camera lenses pointing out into the field. Far out in the middle of the field sat something, the man said, that looked like a big, overturned white bucket. But it wasn’t. It was an owl–and not just any owl, it was a Great Snowy Owl. Lost on her search for food, perhaps? The birdwatchers were ecstatic: this was a great find.

Apparently, snowy owls have been appearing lately much farther south than their usual range. This article in the Associated Press says that they live in the Artic, but when their food supply–mostly lemmings–runs low, they wander.

Snowy owls have a wingspan of up to five feet. They’re huge, and easy to see. They like wide-open spaces, like that farm field, in which to hunt for mice and other food.

I wish I’d seen that owl. But I don’t need to have been there to recognize the magic of such a sighting. Can you imagine it? A huge, great snowy owl, in the center of a winter-yellow field? Surveying the kingdom with those golden eyes, fluffing its enormous speckled wings in the sun?

I can. And I believe it’s an omen. Sure, there’s a logical explanation. Every four years, scientists tell us, owls have irruptive periods, where they travel far from their normal flight ranges. (The Cherokee, by the way, believe four is a sacred number. And about owls, well, that’s a whole other story.)

But an unusual amount of huge white owls, far from home? The symbolism is endless: the rarity, the color white, the owl itself. A true mystic could take this and run with it.

I think it’s nothing less than an omen–a good, shining, magical one. A blessing for the season we’re in, and for the new year to come.